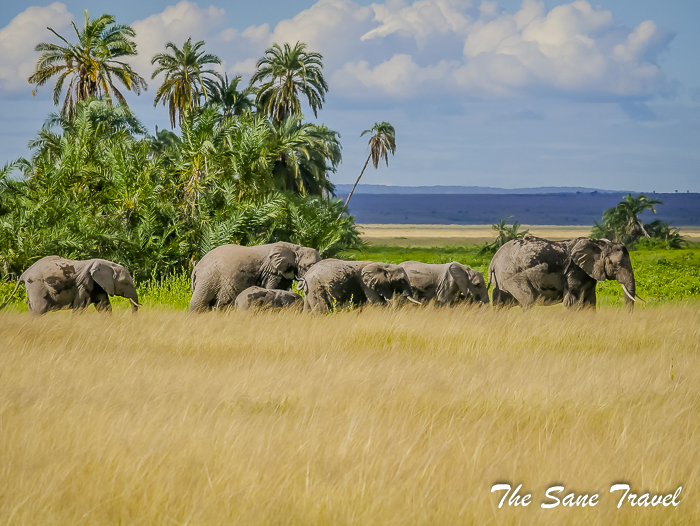 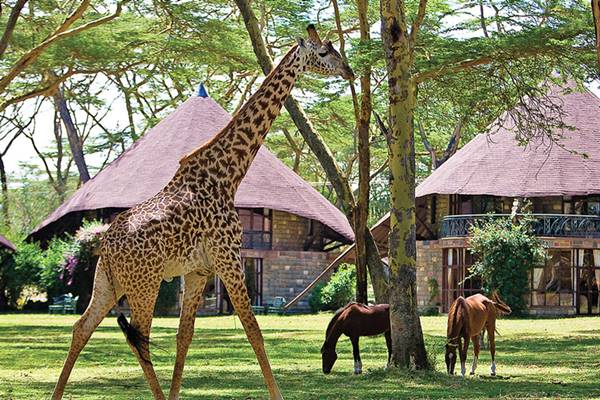 Amboseli National Park is in southern Kenya. It’s known for its large elephant herds and views of immense Mount Kilimanjaro, across the border in Tanzania. Observation Hill offers panoramas of the peak and the park’s plains and swamps. Varied wildlife includes giraffes, zebras, cheetahs and hundreds of bird species. The western section is dominated by vast Lake Amboseli, which is dry outside the rainy season.

Amboseli belongs in the elite of Kenya’s national parks, and it’s easy to see why. Its signature attraction is the sight of hundreds of big-tusked elephants set against the backdrop of Africa’s best views of Mt Kilimanjaro (5895m). Africa’s highest peak broods over the southern boundary of the park, and while cloud cover can render the mountain’s massive bulk invisible for much of the day, you’ll be rewarded with stunning vistas when the weather clears, usually at dawn or dusk.

Apart from guaranteed elephant sightings, you’ll also see wildebeest and zebras, and you’ve a reasonable chance of spotting lions and hyenas. The park is also home to over 370 bird species. And with chances to delve a little deeper into the world of wildlife conservation, it all adds up to one of Kenya’s premier wildlife experiences

The park is famous for herds of elephants and groups of up to 100 are not uncommon. The bull elephants have some of the largest tusks in all of Kenya. There are over 1000 elephants in the Park, including 58 families and close to 300 independent adult males. Each individual has been named, numbered, or coded and can be recognized individually. This degree of recognition makes the Amboseli elephants the best-known free-ranging population in the world. It’s a fantastic feeling to watch them moving calmly and majestically around the place. 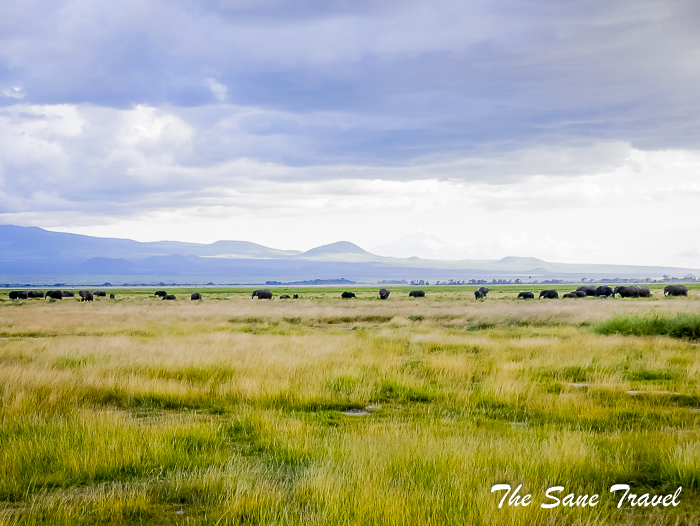 Do lions often climb trees? The answer is they don’t do it very often – in less than five percent of observations. So I have been quite lucky to observe that phenomenon twice a day in Amboseli National Park. It’s estimated that there are more than 100 lions in the park and the surrounding area. Also, meeting a lion on the road in Amboseli at sunset and following it was a real thrill to me. 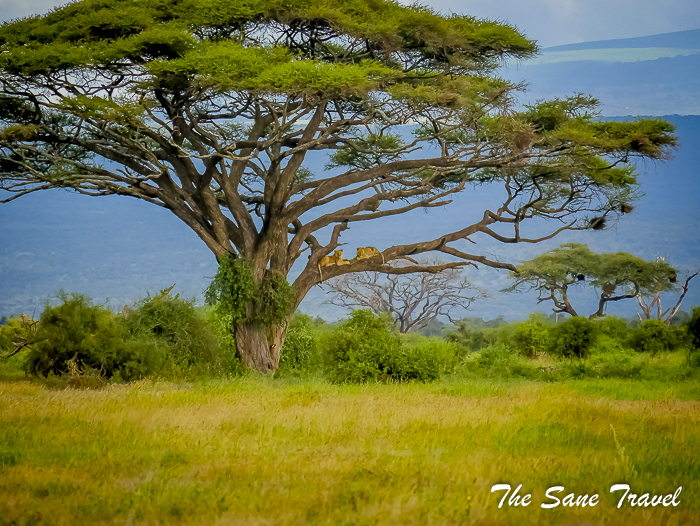 The park is home to more than 50 other mammal species 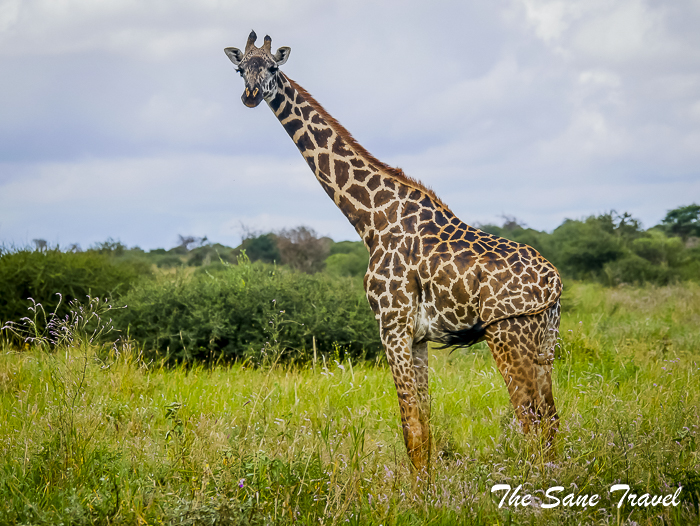 4) Over 400 species of birds have been recorded there

Over 400 species of birds have been recorded there, amongst them 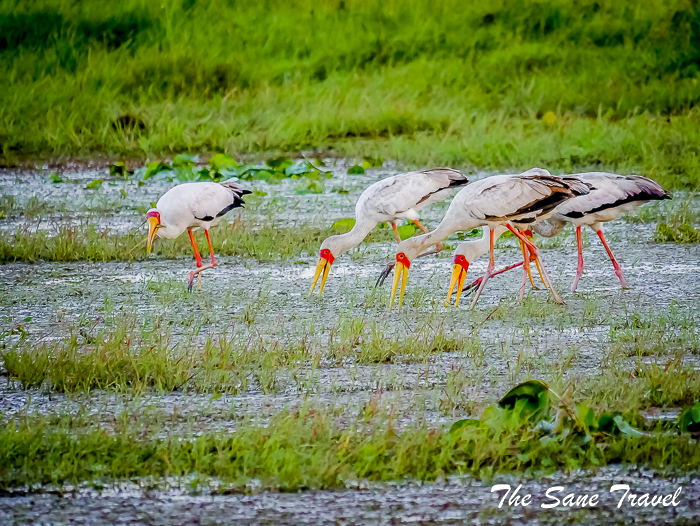 5) Best views of mighty Kilimanjaro with a little luck

The world’s tallest free-standing mountain actually rises just across the border in Tanzania but Amboseli has a postcard-perfect view of its snow-capped peaks, rising almost six vertical kilometres above the savannah. While animal action is guaranteed, the sight of Kilimanjaro is not – except for occasional glimpses at sunrise and sunset, the mighty mountain is usually hidden in thick clouds. So the best time to view the mighty mountain is at dawn and sunset when the clouds lift and the light is clear and soft. 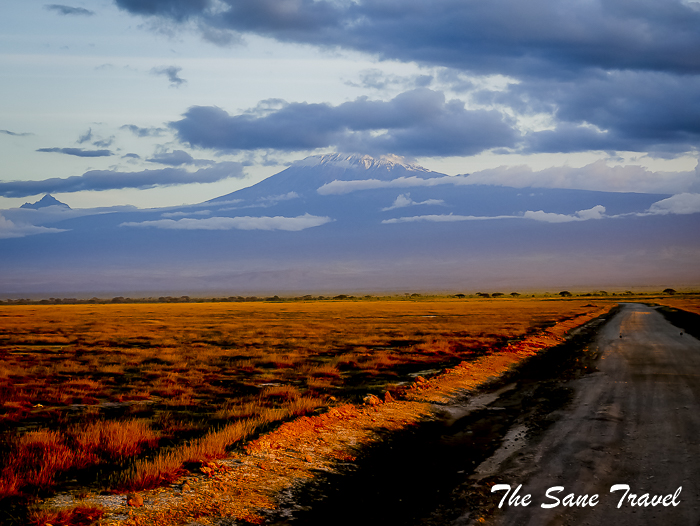 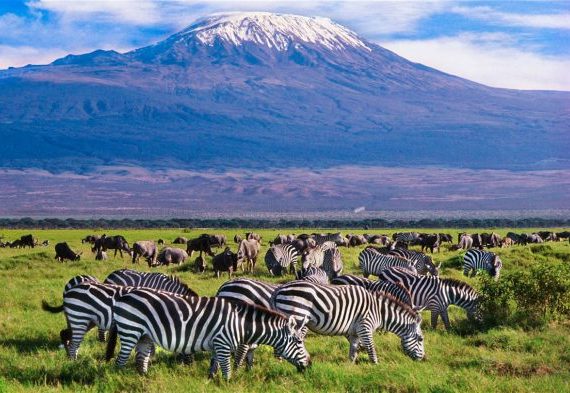